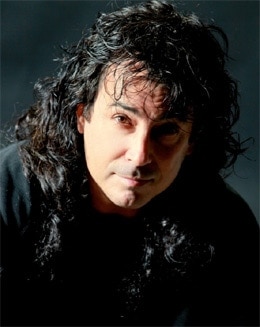 Was there ever a time when you attended a fundraiser so extraordinary that you would remember it for the rest of your life?

So exhilarating that the entire room jumped from their seats, shouted, and gasped out loud? Then you found yourself emotionally charged and in a bidding war with others offering insane money for an artwork painted right in front of your eyes?

Charities must attract, engage, and energize the top 2% of their communities to survive. Michael Israel, America’s original live-action artist, makes it easy.

He has a worldwide fan base of 100 million people. His Hero video has garnered over 14 million views on YouTube. Michael has performed for Presidential and Olympic events, fortune 500 companies, and was the featured artist for a $158.2 million renovation celebration for the DIA, which is America’s sixth-largest museum. He has shared stages with such luminaries as Warren Buffett, Garth Brooks, Clarence Clemons, Bruce Springsteen, Jay Leno, Tony Robbins, Brooks and Dunn, the Temptations, Kevin Costner, Kevin Bacon, and more. More importantly, he has helped over 100 charities. His portrait of Warren Buffett sold for $100,000 to benefit Girls Inc of Omaha.

Companies and casinos pay large fees for Michael’s performances, but when he does a benefit show for a charity, he does not charge a performance fee. His shows and art have raised millions of dollars. His philanthropic vision spills over into a bottom-line driven focus to help charities. His team also helps charities secure sponsorships, positive media, and ticket sales in addition to proceeds from his show and art sales.

Guests of Beaux-Arts were awestruck by Michael during their signature fundraiser, Up on the Rooftop at the Museum of Art Ft. Lauderdale. Sponsorship and ticket sales for an encore the following year reached record levels.

For a gala for the United Way of Chester County, Pennsylvania, they had planned an admission fee of $250 per couple, but with Michael as the featured artist, the seats sold out at $1,000 a couple. Michael’s paintings also sold out; the first one sold for $55,000.

Executive VP Chris Saello said, “Best event ever! Michael is a game-changer for us, he’s energized our organization!” Before leaving that evening, sponsors promised large donations if they could get Michael back for a repeat performance.

Sherrye McBryde, Director, The Susan G. Komen, Arkansas – “His ability to translate the true meaning of our organization onto canvas was amazing. He made the crowd go crazy. He drove fundraising dollars higher than ever before!”

Michael has appointed a charity committee to award a limited number of benefit performances each year.