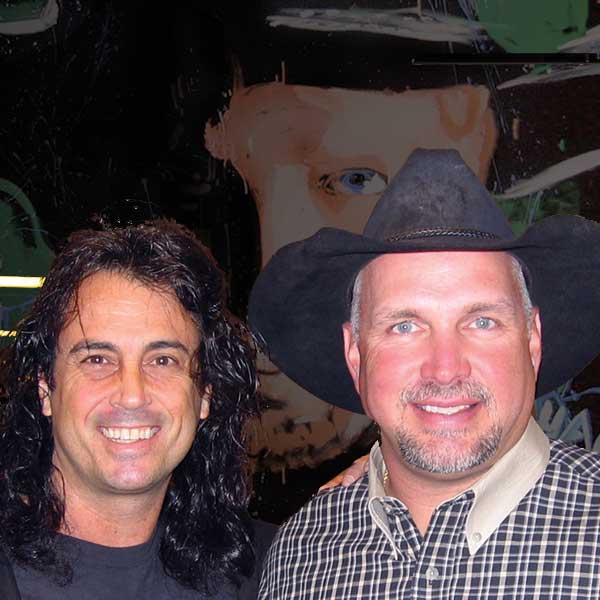 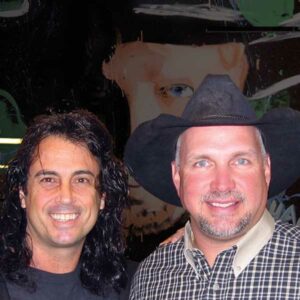 MICHAEL ISRAEL, THE FUTURE OF ART
We have seen the future of art, and his name is Michael Israel. Equal parts Jackson Pollock, Peter Max and Michael Flatley, Lord of the Dance, the Florida artist was in the news recently when he was commissioned to paint a portrait of super-investor Warren Buffet at his Omaha, Neb., home base last Saturday. The completed likeness is to be sold on eBay this fall as a fundraiser for Girls, Inc., a nonprofit dedicated to building self-esteem in young women.

The long-haired, model-handsome Israel works on stage live in front of large, spinning canvases, either painting with his hands or with paintbrushes in both hands, often shirtless, usually accompanied by rock music. His paintings are most often celebrity portraits. An impressive film clip on his website shows him performing in front of screaming crowds, accompanied by exploding confetti bombs and a chorus line of cheerleaders.

So, who is this guy? A long manifesto on his website places him in the lineage of Edouard Manet, Mark Rothko and other artists who redefined the paradigm of what art is. “Is it a performance? Is he a painter in the artistic sense? Is it a concert? A social commentary? An experience? The answers are all emphatically yes, yes, yes, yes and yes.” The website does, however, add sternly that “while our First Amendment guarantees us the right to make any statement we wish, Michael believes that such freedom comes with the moral obligation to use it for good purpose and not sensationalism and vulgarity for the sake of profit and greed.”

For the Buffet event, several dozen shareholders watched Israel perform at a stage outside Omaha’s Qwest Center. According to the Omaha World-Herald, which also has some great pics of the “live painting” event, Israel started his portrait with the images of a dollar sign and a heart, then conjured Buffet’s face as strobe lights flashed and music by U2 blared. This guy is going to be huge.